Depending on the definition, four to eight million Germans meet the criteria for depression requiring treatment every year; Europe-wide there are 33,4 million. Every tenth German - some studies even speak of almost every fifth - is the melancholy overwhelm at least once in his life. One in six of them will die from it! Frightening numbers. – And they are increasing, not only in Germany. At the beginning of the 21st century, 37 percent more people in the USA were being treated for depression than in 1980. At US universities, every sixth female student is considered to be pathologically depressed. No one seems safe from the new national ailment, not even a 24-year-old soccer millionaire at the height of his career, as the case of Sebastian Deisler proved. And the suicide of the German national goalkeeper Robert Enke is also sad evidence.

(WHO) that in developed countries no other disease - with the exception of cardiovascular diseases - today costs more healthy life years. Depression not only damages the soul, but also the body. According to studies, depressed people die three to four times more often from a stroke or after a heart attack than mentally healthy people, they develop osteoperosis more easily and are less able to defend themselves against cancerous tumors. The WHO writes in its annual report that being depressed affects life as much as blindness or paraplegia.

As early as 10 years ago, on the occasion of a satellite symposium as part of the German Psychiatry Annual Congress (DGPPN 2004) in Berlin Prof. Dr. Hans Jürgen Moeller, Munich, points out that there is still a clear diagnostic and therapeutic deficit in the field of depressive illnesses: Of around 4 million depressions requiring treatment/ year, 60-70% are treated by family doctors, but only 30 to 35% are diagnosed as depression, and only 6 to 9% are adequately treated with antidepressants, with a maximum 3-month compliance rate of 4% (Study data from 1994–1997, Hegerl 2004) The economic damage is correspondingly high. According to estimates, depressive illnesses in Germany devour 17 billion euros every year, in the USA it is between 44 and 70 billion dollars, depending on the study, XNUMX billion of which is due to lost productivity alone, because depressed employees often just hang around weakly at work.

Where is this epidemic of depression coming from?

Does the world, with its demands for mobility, flexibility, individualism and personal responsibility, expect too much of us? When the Soviet Union collapsed and with it the life and future plans of entire peoples fell Wolfgang Rutz, the WHO Regional Representative for Europe, that in many Eastern European countries a whole "cluster" of diseases and behaviors suddenly increased. “This included depression, but also alcohol abuse, suicide, cardiovascular disease, risky behavior and a willingness to use violence,” lists Rutz. "It was like a seismograph for the stress in society." Many of these things are on the rise in the rest of Europe as well. And studies show that depression is increasing, especially in highly industrialized countries.

There is no doubt that mild depressive moods, which can affect anyone at some point, cannot be compared with genuine, deep depression. But the distinction is often difficult. Doctors warn that in Germany, for example, two thirds of all depressions are not properly recognized and treated - with sometimes fatal consequences. Experts assume that about 90 percent of suicides (in Germany 11000 per year) and suicide attempts (the number of which is estimated to be tenfold) are committed in the context of a depression.

Depression and diabetes go hand in hand with exceptional frequency. So determined F Cassidy and colleagues in a study that almost 10 percent of 345 hospitalized manic-depressive patients also suffered from diabetes mellitus. This proportion was almost three times higher than in the general population. It is not yet known how this strange alliance came about. Genetic causes are just as possible as hormonal (hypercortisone), diabetic vascular changes, overlapping cerebral dysfunction or side effects of psychotropic drugs.

The results of a Japanese study suggest that depressive symptoms can be non-specific precursors of a later manifestation of type 2 diabetes. Into the of N.Kawakami and employees included information from 2.764 male employees of an industrial company. All had been asked in writing about depressive symptoms. 2.380 people (= 86 percent) took part in another survey eight years later. They found that moderate to severe levels of depressive symptoms were associated with a 2,3-fold increased likelihood of developing type 2 diabetes within the next eight years. Should a causal relationship between the two phenomena emerge, this would open up a new possibility for the prevention of diabetes mellitus. As therapeutic studies suggest, this perspective seems quite realistic. How to describe F.Okamura and colleagues studied three depressed patients in whom insulin resistance improved simply by recovering from their depression with medication.

A study by PJ Lustman and employees in which type 2 diabetics received psychotherapeutic treatment. The randomized study involved 51 patients who, in addition to their metabolic disease, also suffered from major depression. In the diabetics treated with cognitive therapy, not only did the depression improve far more frequently (85 percent) than in the control group (27,3 percent). The metabolic status (assessed on the basis of glycated hemoglobin) was also significantly better at a follow-up examination (F. Cassidy et al.: Elevated frequency of diabetes mellitus in hospitalized manic-depressive patients. Am. J. Psychiatry 1999 (156) 1417-1420; N. Kawakami et al.: Depressive symptoms and occurrence of type 2 diabetes among Japanese men. Diabetes Care 1999 (22) 1071-1076 F Okamura et al: Insulin resistance in patients with depression and its changes in the clinical course of depression: a report on three cases using the minimal model analysis Internal Medicine 1999 (38) 257-260; PJ Lustman et al.: Cognitive behavior therapy for depression in type 2 diabetes mellitus. A randomized controlled trial. Ann Intern Med 1998 (129) 613-621)

Postprandial drop in blood pressure as a sign of depression

If elderly people's blood pressure drops significantly after eating, they may be at risk of depression. As a study by S Schwartz and colleagues shows that these people have an increased number of somatic symptoms of depression. Apparently, there are different relationships between this form of blood pressure drop and depressive symptoms than between orthostatic hypotension and depression. In the latter case, affective symptoms in particular are more pronounced, which is attributed to reduced blood flow to the brain. Schwartz and colleagues gave 17 people aged 50 and over a standardized liquid meal and then measured their blood pressure. On the following day, depressive symptoms were recorded using the tongue scale. S. Schwartz et al.: Postprandial systolic blood pressure and subsyndromal depression. Experimental Aging Research 2001 (27) 309-318

Lists of drugs that promote depression also regularly mention the group of beta-blockers. According to R Kohn this practice is in urgent need of revision. Because many studies could not identify a corresponding connection. Insofar as case reports suggest such a thing, they have to ask themselves whether the underlying disease that led to the use of the beta-blocker is more likely to trigger depression. In particular, these reports almost always leave open the question of whether depressive symptoms had already existed before the use of the beta-blocker. Kohn also criticizes the practice that in studies and case reports, mostly non-psychiatrists made the diagnosis of depression in connection with taking beta-blockers. This group of people may have been biased, since the connection between beta blockers and depression is part of standard medical knowledge. Kohn points out that in most relevant reviews, however, no clear connection was discernible. The common practice of using beta-blockers (especially pindolol) for augmentation in antidepressant therapy also does not fit into the overall picture. Therefore, says Kohn, the myth of the "depression-triggering beta-blockers" should be buried. R. Kohn: Beta blockers an important cause of depression: a medical myth without evidence. Medicine and Health/Rhode Island 2001 (84) 92-95

A prospective study by K Davidson and colleagues on 3.343 young adults who were between 18 and 30 years old at the start of the study. In these, after 5 years with the help of Center for Epidemiological Studies Depression Scale (CES-D) recorded the frequency of depressive symptoms. It was found that people with a high score (16 and higher) developed increased blood pressure (= higher than 160/95 mm Hg) significantly more frequently over the next five years than people with a very low score (≤ 7). Distinguishing between black and white study participants, however, the effect was only significant for blacks (who developed three times as many hypertensions). Even for moderate depression scores (8-15), the association was significant in Black study participants. K. Davidson et al.: Do depression symptoms predict early hypertension incidence in young adults in the CARDIA Study? Arch. Intern. Med. 2000 (160) 1495-1500

Symptoms of depression as precursors to stroke

Depressive symptoms double the risk of having a stroke in the future. A prospective study by T Ohira and colleagues, in which 879 women and men aged between 40 and 78 years were followed for 10,3 years. During this period, 69 strokes occurred. The proportion of those who had reported depressive symptoms at the beginning of the study was twice as high among those who had had a stroke compared to those who had not. Even after accounting for many variables, this association remained for ischemic stroke. The relative risk increased with the level of the depression score on the tongue depression scale: 40 and more points were associated with a 6,4-fold relative risk. The authors mention that an Australian study in 1998 had already observed similar relationships. They point out that depression apparently increases the activation of blood platelets in the form of a stress reaction. This would explain why depressive symptoms are associated with an increased risk of stroke. At the same time, interesting possibilities for stroke prevention through depression screening and treatment are opening up. T. Ohira et al.: Prospective study of depressive symptoms and risk of stroke among Japanese. Stroke 2013 (32) 903-908

Can there be ways out of this time bomb "depression"?

In ethnomedicine, such as TCM and Ayurveda, depression is known from primeval times. Plant extracts, which are already highly recognized in Western medicine - based on verifiable research results - can be used to treat mild to moderate depression and have the same, if not better, therapeutic results than some chemical antidepressants.

How a pair of plants declares war on depression. 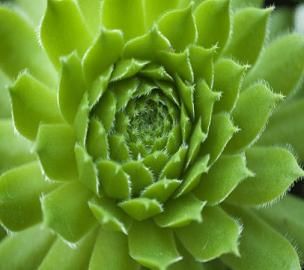 Recruits Natural Remedies with the combination of the herbal extracts Hypericum and Rosavin represent an alternative to numerous pharmaceutical or chemical products in the treatment of depression and anxiety disorders? Scientific studies now seem to back this up. Klaus Linde from the Technical University in Munich recently found in a meta-analysis that Hypericum is more effective than placebo and similarly effective to standard antidepressants for mild to moderate depression. ... Please read on here

What experiences have people with depression had with a natural remedy that contains the two herbal extracts?

More and more people who suffer from anxiety disorders and depression are now putting their trust in phytopharmacy (phytopharmacy deals with the processing of the dried - possibly also fresh - plant parts to the finished drug) and naturopathic customers in order to gain more quality of life.